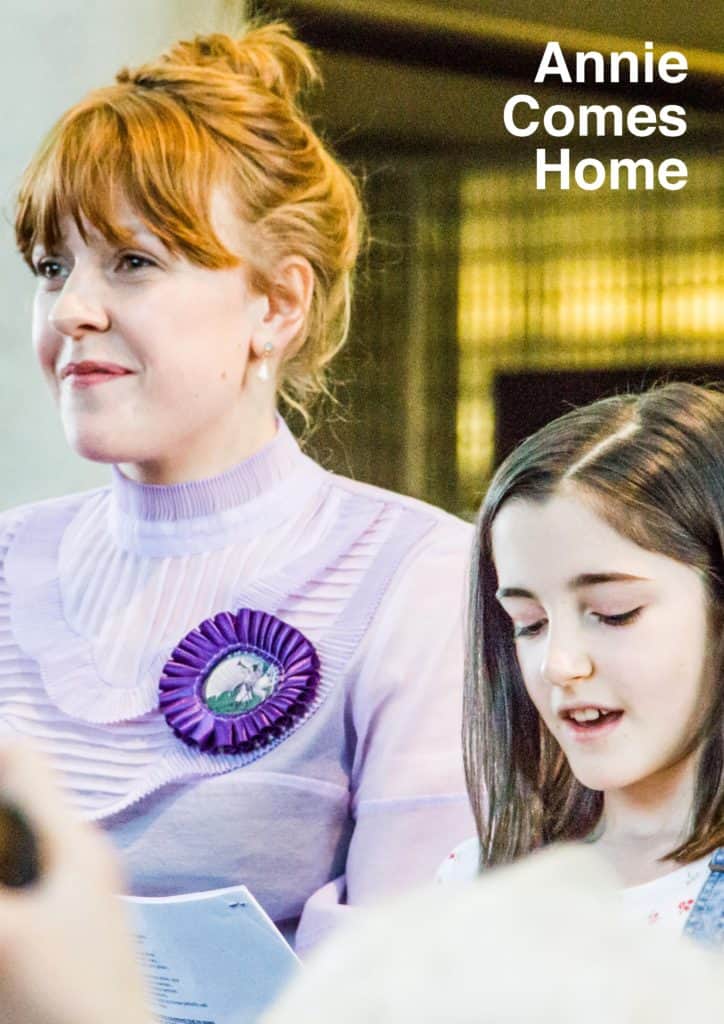 Members of the public, invited guests and performers will gather in the foyer of Gallery Oldham. There will be music from a female voice choir and complimentary refreshments.

A typically rousing speech by ‘Annie’ as she talks of early life, hard times and how she saw the need for change. She explains what inspired and drove her to ensure women got the vote. Told by many women, punctuated with quotes and real stories, talking of then and now.

Procession from Gallery Oldham to the Town Hall Steps via Parliament Square, 1.30pm

The gathered crowd will be led on a march by Actors carrying banners and the ringing of bells (as depicted in her statue to summon a crowd). A Brass band will play as the march heads up parliament square to the edge of the Town Hall building. The crowd will be ushered into position around the site of the statue.

A theatre presentation of the story of Annie Kenney as she transforms from mill worker to inspirational champion for women’s rights. Local actors will bring the story of Oldham’s suffragette to life and document her immense struggle and sacrifice as she fights to secure a better life for all women.

A few short speeches will lead in to the unveiling of the statue. The covering cloth will be released by local school children.