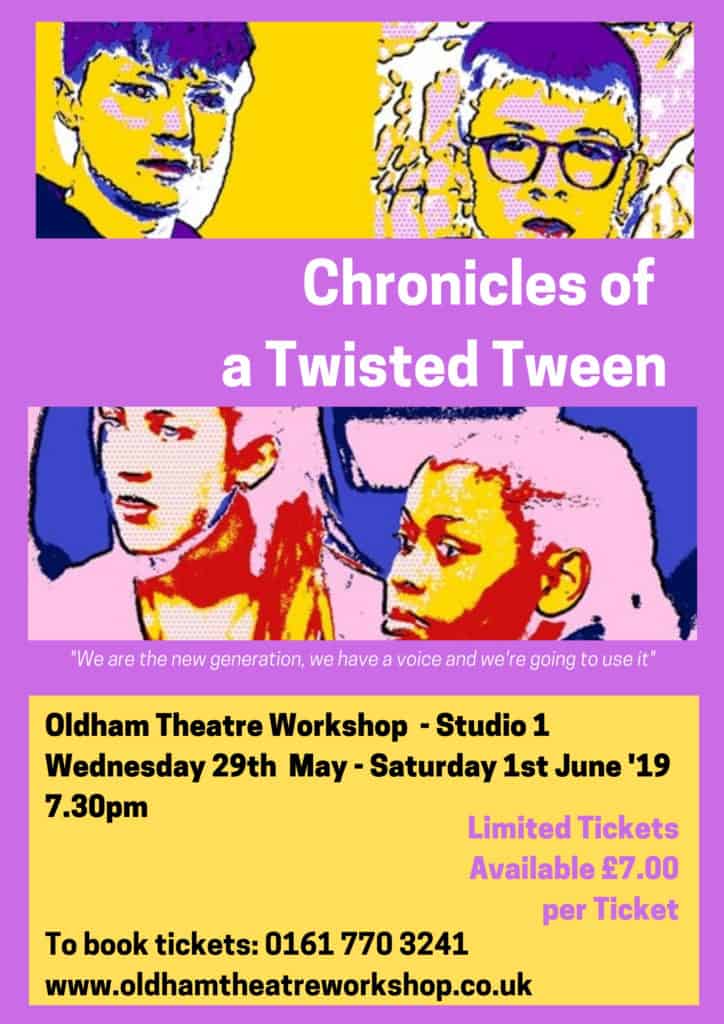 ‘Chronicles Of A Twisted Tween’ is a brand new musical about life, love & learning through the eyes of 21st century tweens.
The experiences of childhood have changed massively in the last two decades.

20 years ago, it would have been difficult to imagine growing up in a UK where the majority of children would have internet access at home and their own mobile phones!
Being 9–12 age has always been recognised as a hugely important stage of child development as these are key years during which children develop the identities, traits, skills and attitudes that last long into adulthood.

Children of this age are increasingly engaging in the kind of behaviours and activities that would have once been regarded as adult. The pre-teens or Tweens are often treated as children with limited opportunities to express their opinions.
This piece is a glimpse into the lives of tweens, told with dialogue directly taken from the voices of young people aged 8 – 13 years.